The first 4 hours of being a "master".

I don't really talk about how I'm a National Master in chess.
I'm not sure why not.
Maybe it's modesty... but I don't think I'm that modest.
When people ask me about my chess level, I tell them I'm 2265. I am very careful, because I don't like it when people round up.
Recently I've noticed that people who come to Panda Chess Academy are surprised to know that I'm good at chess. And when I say recently, it's probably more like "within the last 6 years."
I realize that kids see me as like one of those dads who volunteer to coach an elementary school soccer team. I used to play elementary soccer and baseball, and it never occurred to me until now that those dad-coaches probably weren't athletes.
But yes, I'm a National Master. And I do remember being a kid, I really wanted to be a master. I got that goal in 70 tournaments (pretty sure it's like 60's, but again, I don't want to exaggerate). The number of tournaments it took for me to become master is my only chess accomplishment that I think is interesting, and now I feel like I'm bragging.
I think good chess players don't brag. There's no point in doing it. Everyone knows everything. So you just play chess, and people figure it out by seeing your games, etc.
A lot of students suggested that I get the NM title added my lichess user name. I "applied" for the title a week ago (it is supposed to take 24 hours, but I think they are super busy because of the covid-19 internet chess boom ), and it arrived today.
Here's what I noticed. People want to be on my "team."
This "10" number is always at 0 or 1.
Also, when I created my simul (I'm doing a daily simul) I instantly had 5 people request to join.
I had to delete the simul and create one only for team members.
A student messaged me telling me that people are chatting about being in the team.
Weird.
Let me go graph the screen shot. I'll be right back.
Back. Good news! The chat is not that bad. LiChess chat terrifies me. I haven't seen anything too bad, but it's a free internet chess server based in France... and li is short for libre, as in freedom... of speech. I am uncomfortable with how freedom of speech is used on the internet (YouTube comments).
I should also mention that I received 2 congratulatory messages for being a master. I replied to both of them saying "I was already a master at 17."
I also learned via student message that I gained followers.
I replied "I don't want followers."
I have no regrets about my "modesty" and avoidance of bragging about my master title, but I do wonder how my life would have been around if I flaunted the "master title" more.
I don't remember anyone congratulating me for becoming a master when I was in high school, and USCF actually didn't send me the certificate. They did send me one many years later, but it had the current date, not the date I achieved the title.
Anyway, just posting some quick thoughts. I'm not trying to be interesting. Bye!
-
After I saved the blog, I checked again. 16 requests. Weird. Also, I think I went from 90 to 100 followers today. I know it's 100 now, not sure what it was before.
Posted by Jeffrey Ashton

One time a 1st grader (college now) wrote a thank you card. "Thank you for keeping your promises."
I don't remember what promise I kept, but maybe it has something to do with having a party or something. But I try very hard to keep my promises, and sometimes I say "I promise - wait... I promise, that I don't forget... I will do it.. I will write it down!"

Anyway, after a long day, I'm proud to remember that I kept a promise to send someone some opening notes (I don't think I had a deadline, but it feels so good to deliver on the promise early). It is the perfect finish to a good day.
Posted by Jeffrey Ashton

1. Download the Google Classroom app (or visit http://classroom.google.com with your browser).
2. Enter the classroom code: h4whqbr 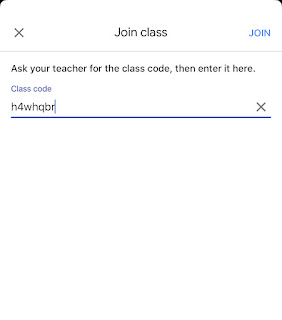 Click here to see the games we discussed in class.